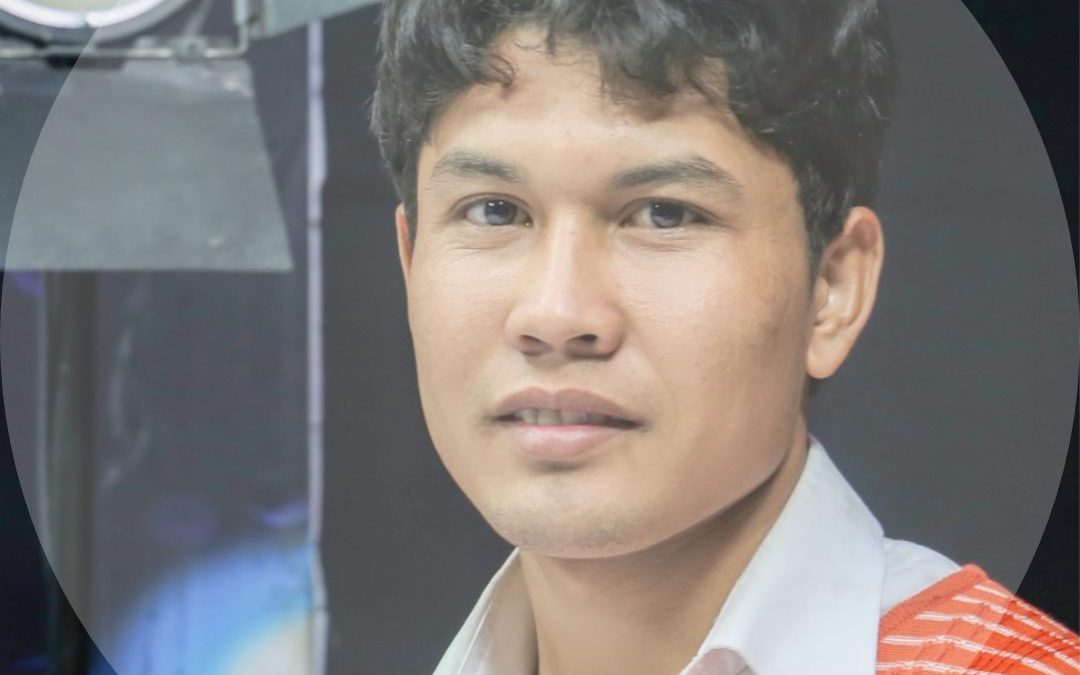 Today our focus is on the promising filmmaker Ezatullah Alidost,! Ezatullah is co-director of the project Entangled Hopeful Bird and participated in our 2021/2022 Close Up’s edition.

Today our focus is on the promising filmmaker Ezatullah Alidost,! Ezatullah is co-director of the project Entangled Hopeful Bird and participated in our 2021/2022 Close Up’s edition.

Q: Tell us a bit about yourself – all the basics!
A: I’m Ezatullah Alidost, I was born in Afghanistan and grew up in Afghanistan. Since I was little, my favorite things were: cinema, singing and football. I am the eighth and youngest child in the family, I have four brothers and three sisters. In the village where I was born and grew up, there is a beautiful valley with big and towering mountains. In fact, when I was little and had not yet been to the top of those mountains,. I felt that the blue sky ended at the summit of those mountains. I believed that the blue sky is sitting on them like the roof of a house. I wished and said to myself: maybe one day I will go to the top of those big mountains and reach the blue sky and take a piece of it and bring it with me to our mud house. I was a young and naive. When I got older, I entered school and I was a very funny kid. Almost all my classmates complained about me to our teacher. I didn’t put effort into my studies, but I tried more to disrupt the order of the class. When I was coming home from school, I used to hurt everyone, I used to annoy people younger than me. Even the birds were harmed by me. I was complained to my family and school almost every day. But the only special thing I had was that I played football very well and had a beautiful handwriting and my drawing was also very good. I used to make up for all my bad manners at school and in the village with football, which I knew.

Q: How did you arrive to the subject of your project?
A: From time to time I came back with a new work or a new piece of video/short video that I made in my village, but because of the lifestyle and the totally different mentalities of the farmers, I felt that my motivation decreased and I didn’t know what to do with my videos. One day I received a phone call from Hassan Fazili, he saw some of my short videos and he was very enthusiast which  gave me a lot of inspiration and motivated me to continue. I went back to Kabul to find a way to continue my films. My friends in Kabul introduced me to Dawood Hilmandi. We met and talked a lot and watched some of my works. I saw that the priority at the moment was not the work I had chosen but another one, especially because of the political situation in Afghanistan. He was doing research on a person that I had shot some video from. So, we decided to continue this project together, and Dawood proposed to apply for Close up with this project. We had little time, because of the deadline so we worked on it days and nights, sometimes we didn’t sleep for 3 nights. There were a lot of explosions on the way to Dawood in those days. But our love for cinema made the explosions invisible. I really got inspired and encouraged by Fazili. I was looking for someone to take my hand and keep me under his wing. Until I met Dawood Hilmandi who took my hand and started walking this way with me. A way that with each step I feel I’m one step closer to my dreams.

Q: How did you become interested in film?
A: When I was nearly eight years old, I got seriously ill, so my elder brother took me to Pakistan for treatment. People mostly watched Hindi movies there. Most of the movies of Shah Rukh Khan, Salman Khan, Amita Bachchan were on the Pakistani TV screen. In my free time, I used to draw pictures of Shah Rukh Khan, and I even used to make a statue of Shahrukh Khan out of clay. It was from that time that I became interested in cinema and by the time I returned to Afghanistan, I had a large photo album of Indian film actors. Also, when I returned to the village, I began shepherding near the school for half a day. Sometimes I used to stare at pictures of Indian actors and think about my dreams. Later, when I wanted to enter the university, unfortunately none of my family members were too happy with my entering the art faculty. I decided to choose journalism and reach my goal in this way.

Q: Other than documentaries of course, what’s your favorite film genre and why?
A: I would say that I love action films and and the crime genre. In the latter, in addition to the crime, which is the main element, there are always criminals on one side and police, detectives or law officers on the other side. The fight with each other eventually leads to uncovering the secrets and the nature of a crime, of course. But besides that, I also love all the other details that are recurring symbols of crime and noir movies. Concerning action films, I love the dynamic exciting scenes, stunts, chases, rescues, battles, fights, escapes and battles between often negative characters make one to be enthralled until the end. One of the movies that I love and from which it can be said it is both an action and crime genre is Don 2, an Indian movie directed by Farhan Akhtar and starring Shah Rukhan. Filmed in India, Thailand, Germany, Malaysia and Switzerland.

Q: If you weren’t a filmmaker, what might you be? What did you want to do or be growing up?
A: If all the filmmaking opportunities were limited for me, maybe I would become a journalist or photojournalist of war scenes.

Q: If you could have coffee with any filmmaker, living or dead, who would it be and why?
A: Pirio Honkasalo I don’t know much about this filmmaker, but one of her films called (The 3 rooms melancholia) made me interested in her works.

Q:  What advice would you give to your younger self?
A: I am too young to advise anyone what to do. But life should be lived honestly. As John Lennon said, “Being honest may not make you many friends, but you will have the right friends.”

Q: What accomplishment are you most proud of so far?
A: When I was a student of Political Journalism Faculty, I made a documentary about underage miners. Despite the fact that I was threatened, through that documentary I brought the hidden angles of rape and murder of children in the coal mine from the sidelines. This drew the attention of organizations that come in aid of working children, UNICEF actually started its research on the issue. It was shown in Afghan universities.

Thanks Ezatullah, we wish you the best with your project !