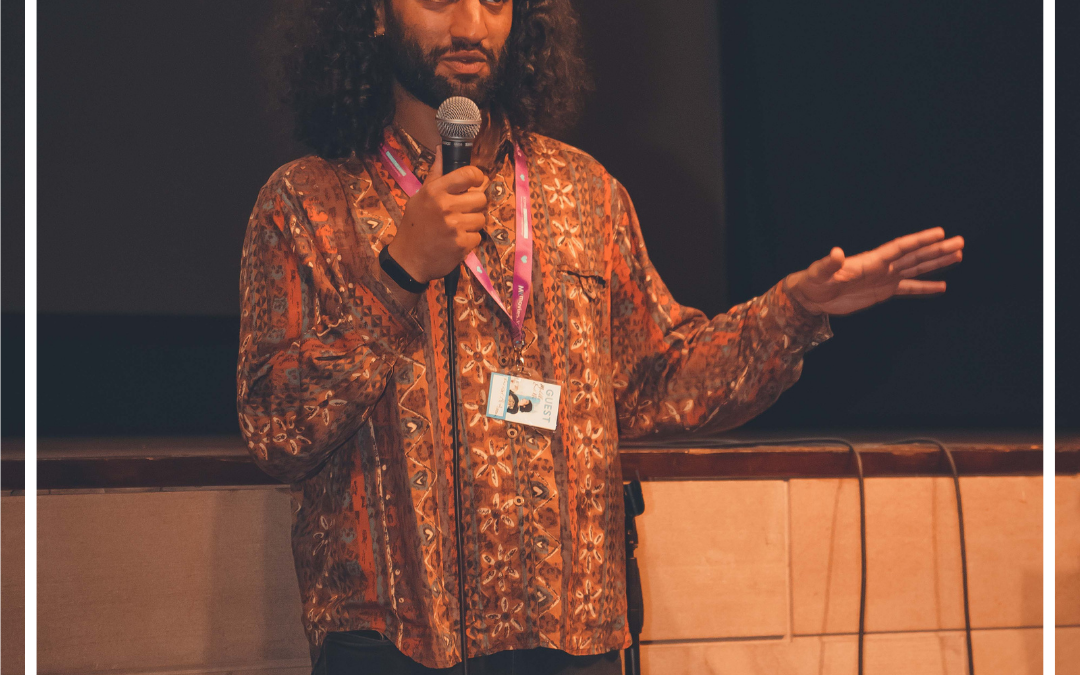 Get to know Karrar Al-Azzawi, whose film BAGHDAD ON FIRE participated in Close Up in 2020 / 2021. Karrar is a Iraqi-born filmmaker living in Norway.

Q: Tell us a bit about yourself – all the basics!
A: I’m from Iraq and I grew up in Baghdad. Now, I live in Norway. Communication and human connection are very important to my work and daily life. I am an enthusiastic, extroverted and empathetic person, and try to use these skills to bridge cultural barriers. My passion for social justice is coupled with my interest in documentary filmmaking as a way to explore reality and engage people emotionally and intellectually. The camera is my tool to fight against all kind of oppressive regimes. I want to become the eyes and the voices of the voiceless and to tell the stories of the suppressed, excluded and underprivileged.

Q: How did you become interested in film?
A: I grew up with a father who loves to watch films and I fell in love with the camera since I was little I saw it like a magical machine. Photographing and writing was my hobbies but I felt that wasn’t enough to express myself until I found film as a way to express that I can show my thoughts and stories in a big screen.

Q: If you weren’t a filmmaker, what might you be? What did you want to do or be growing up?
A: I think I would be a psychiatrist or philosopher…or a writer.

Q: What advice would you give to your younger self?
A: Learn Learn Learn. Use every day to develop yourself. Start today not tomorrow.

Q: If you could have coffee with any filmmaker, living or passed, who would it be and why?
A: Abbas Kiarostami and Mohamed Al-Daradji. Abbas because I’m very fascinated of his work and his way of making films. For me his is like a philosopher trying to discover humans nature and society. Mohamed because he’s one of the filmmaker who give me inspiration. I also share with him the same interest for the kind of stories he makes film about. And he is an Iraqi filmmaker who have been living in exile before 2003.

Q: What has influenced your work as a filmmaker the most?
A: I think my work is influenced by some experiences from my childhood like the war in 2003 and growing up in Iraq during the years after 2003. At the same time there are other experiences which influenced my work a lot like my activities in Iraq and being a refugee.

Thank you very much, Karrar. Keep an eye out for more Close Up filmmaker profiles, and updates on BAGHDAD ON FIRE, coming soon.