SHE WAS NOT ALONE Wins Culture Resource Production Grant 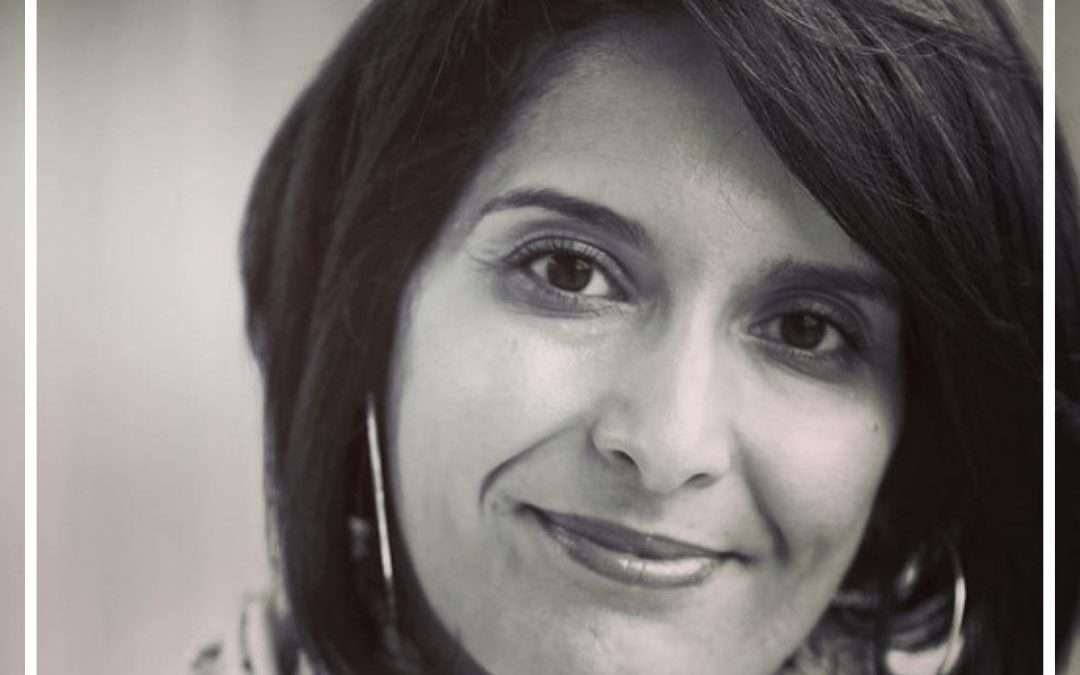 Learn about the talented and determined filmmaker Rachida El Garani! Rachida is a Close Up alumna with her film IN MY FATHER’S HOUSE, which she recently pitched at FIPADOC. 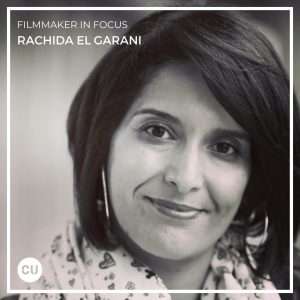 Q: Tell us a bit about yourself – all the basics!

A: I was born in Genk, Belgium in 1975 but I have Moroccan roots. Both my parents immigrated in the ‘60s and ‘70s from Taroudant, Morocco to Belgium. When I turned 22 I moved to Zaventem, near Brussels. I have 7 siblings, six sisters and 1 brother. I’m married to Hamid and we have two daughters Rania and Lina. In 2011, I was 36 years old, I decided to make a career switch and pursue my dream of becoming a film director. In 2015, when I turned 40 I obtained my Masters degree in Audiovisual Arts from the film school RITCS in Brussels.

A: As a kid I was always surrounded by hearing stories from my father, my grandma. They have shaped my perception of life and I share the love for cinema with my dad. Since as long as I can remember my dad had always a videocamera around him and has documented his life and ours for several decades. He also loved collecting Arab, Indian, French and American films. And since he’s the one who taught me to pick up a camera at the age of 12, I knew I wanted to become a filmmaker someday. Of course destiny decided otherwise but still I was able to follow my gut feeling and become a filmmaker at later age.

Q: If you weren’t a filmmaker, what might you be?

A: I’m a living proof it’s never too late to pursue your dream job. I always had a passion for film, acting, dancing, singing, so I knew as a kid it was going to be something creative or in fine arts. I worked for 18 years in administrative, commercial and coordinating jobs but I was unhappy. I couldn’t imagine doing anything else other than filmmaking because you can’t stop a creative mind who has the urge to create and tell something to the world. That’s my passion! I wish I could sing, though…I don’t posses that talent 🙂

Q: If you could have coffee with any filmmaker, living or passed, who would it be?

A: Too many to list, I can’t just pick one: Abbas Kiarostami, Akira Kurosawa, Andrei Tarkovsky, Ken Loach, the Brothers D’Ardenne because I learned the most from their styles. Many of their films are characterised by a mixture of fiction and reality, a documentary-like atmosphere with a lot of humanism and emotion in a poetic, slow narrative style. Alan Berliner and his beautiful creative mind and talents. And also a coffee with these top-notch female filmmakers: Ava Duvernay, Chantal Ackerman, Jane Campion, Mira Nair, Chloe Zhao.

Q: What has influenced your work as a filmmaker the most?

A: I’ve learned a lot in film school and was surrounded with great film professors and renowned filmmakers who have influenced me in finding my own voice. Before becoming a filmmaker I was always interested to what is happening in the world today. In Belgium where I live, but also in the fragile social society of Morocco, where my roots come from. In both these worlds I’ve seen and experienced things which make me question our human behavior, the violation of human rights, the struggles and inequalities in our world especially for us, women. My feature film is a personal family story full of trauma. And oh, boy I was facing hardship from my family to develop my film. But my Close-Up mentor John Appel gave me the best advice: “I promise you,” he said, “if you tell your story with honesty, with all your struggles, pain and with heart, there is someone else out there who needs to hear that story.” I learned to embrace the difficult challenges I was facing and to keep going on no matter how hard and difficult it seems, there is always a way. The narrative of my film has changed completely and that’s what makes documentary filmmaking so beautiful it forces you to adapt to the situation.

Q: What accomplishment thus far are you most proud of?

A: Firstly having two young, beautiful, smart daughters and a wonderful husband in my life who have supported me studying film and to reach my goal to graduate as a filmmaker. And secondly, the amazing experience of having my student film ‘Into Darkness’ in world premiere at IDFA Film Festival and not only nominated in one but two categories is a dream come true. Four years of hard work has paid off and in that moment I knew I am where I need to be and I’m doing what I love dearly.

Q: Where do you see yourself in five years?

A: A camera is a powerful tool to use as a weapon so I will definitely be making my second and third feature documentary film. But I also love fiction so in the fall my first shortfilm fiction will go in production. It’s based on a story by the Belgian-Moroccan writer Rachida Lamrabet. I started co-writing a new short story about refugees and the psychological impact of war. And the next step will be writing my own script for a fiction feature film based on true events that shooked Belgian society to it’s core. Starting my own production company with the goal to produce films is also on my wishlist. InshAllah…as we say in our culture!