AFTER A VERY COMPETITIVE SELECTION PROCESS, 16 POWERFUL DOCUMENTARY PROJECTS WERE SELECTED FOR THE 2019-2020 CLOSE-UP PROGRAM!

DAD, WHERE ARE YOU?

After 40 years of silence, an Iraqi-British filmmaker returns home to understand how her father – a respected doctor, caring husband and loving father – chose to sacrifice everything to assassinate Saddam Hussein. Her quest tracks his journey from the village of his first clinic, to the hospital where he plotted the assassination and the prison of his torture and execution.

A mental and an emotional journey into the psychology of going through torture and solitary confinement in Bashar Al Assad’s detention centers, a journey shared by individuals who has gone through arbitrary arrests for no good reason, or for reasons that are considered daily freedoms elsewhere around the world. An experience that takes you in to the mentality of knowing that there is no way out, where people die under torture and mistreatment in a daily basis, where death is the only result to freedom.

Arab Spring: much promise emerged but none as much as the marginalized transgender community. Under the brief Muslim Brotherhood rule, Egypt became the only country in the Arab World legally granting transgender citizens state-paid therapy and Gender Confirmation Surgery as a step towards issuing them legal identification cards. Now under the El-Sisi government, the LGBTQIA+ community has been hit with the harshest crackdown in decades. This is the story of Jivara, a fierce activist, the face and voice of Egypt’s trans community and Mariam, a poor, illiterate transwoman keeping her identity secret, appearing as a bearded Salafi man.

Deep in the mountains of central Afghanistan, Fereshta and her parents strive for an unreachable wish.

Nazife Babayiğit is a woman in her eighties. She is sentenced to three years house arrest by Turkish courts for sending clothes to her son, a Kurdish guerilla, she has not seen for twenty years. Nazife, who is forbidden to go out of the house, goes out from her house to garden and she constantly violates the line of house arrest. The officers working for probation desk constantly call and warn her for violation. This situation causes a constant problem and discussion between the officials of the Ministry of Justice and the member of the family.

NENE: A GRANNY OR A TERRORIST?

This film is an intimate portrayal of Nene, a 66-year-old sweet Turkish granny, who served 30 years of imprisonment for attempting to “overthrow the constitutional order.” According to the military junta that threw her behind the bars, Nene was a “murderous” political criminal. According to her, she is just a patriot socialist. Now, she is released. As if she stayed in a time capsule, for 30 years her ideals and goal haven’t changed a bit. But, life outside has changed a lot. One which she can no longer fit in. So, she decides to take the matters into her own hands. With the decision she takes for her new life outside, is this granny still a threat to the “order”

“Out of Place” is a film about a small group of refugees, childhood friends from the Gaza Strip, now living in exile. The film explores the connection they have to the land of their birth, the search for home in their newly adopted countries and their quest for freedom in these foreign cultures where their ethnicity is all too often feared and discriminated against. The internal conflicts they face, about having left the land of their birth, is central to each character’s quest.

ROTTEN STRAWBERRY is a documentary about the inhumane working conditions of female Moroccan seasonal workers during the strawberry harvest in Huelva, Southern Spain. It tells the first-hand story of six women who are currently undergoing this exploitation. Since 2011, these women are granted a 5-month working visa for Spain. Yet, it becomes clear that the promise of a better life is intangible. These women share their stories of mental and physical abuse and their struggle to keep calm given the constant threats they face.

Silent House is a memoir documentary that explores pre-and-post-Revolutionary Iran through a traditional, Tehran-based family living in an old house in Tehran. The film focuses on the diverse experiences of the grandmother, Molouk Mirsadeghi, an active member of society and host to important dignitaries and religious ceremonies before the revolution; the mother, Nassrin Mirsadeghi, a young woman and revolutionary during the Islamic Revolution, and the filmmaker, Farnaz Jurabchian, born after the revolution. Iranian filmmaker Farnaz navigates a changing world as her mother films the protests, and her grandmother protects her family during the revolution. Each of the women witness the changing face of Iran from the open society for women before the revolution, to an oppressive state for women in a post-revolutionary country. Considering the patriarchal nature of this country, telling the story through the women will too, be revolutionary.

“In 1852, the German circus king Ernst Renz presented for the first time a troupe of Moroccan acrobats “the wonders of the desert”. 30 years later, all the German circuses had a Moroccan acrobats show where they form a great human pyramid, which seemed very attractive at that time. My grand father Mbar’k Ben Abdellah was one of those acrobats who performed in german circuses. M’bark decided then to create his own troupe called “Rasmouki” in tribute to his tribe in Morocco “IDA OU RASMOUK”. In 1928, in Krone circus while M’bark was preparing his show, he met a young german lady…”

When the Sudanese revolution kicked off in Dec 2018, 32-year-old Sudanese filmmaker Alsadig did not hesitate to leave his work in Uganda and return back to Sudan to be a part of it. Abuzar, 30, an activist/artist based in Khartoum was already actively involved in the wide demonstrations in Khartoum. The two friends to-be met in front of the Military HQ in Khartoum during the sit-in which began on the historic occasion of the 6th of April 2019, when hundreds of thousands of Sudanese people took the streets of the capital Khartoum, chanting for Freedom, Peace and Justice. The immense crowd marched to the doorstep of the Sudanese armed forces demanding change and united in rejection of the 30-year long dictatorship under which Alsadig and Abazar grew up and matured.

THE HISTORY OF THIS

This documentary traces the correspondence of two Iranian women, one in Iran and one on the US, who through their letters begin to reveal an unofficial and alternative history of Iran. They use film clips, photos, text, and music to show the complexity of private life in Iran and the ways in which the choice between emigrating and staying shapes how each one sees Iranian history and women’s identity.

THE IMMORTAL, IN THE FOOTSTEPS OF SALIM HALALI

The feature film The Immortal, in the footsteps of Salim Halali plunges us into the tumultuous life of the mid-century Jewish-Arab music singer and artist Salim (Simon) Halali unveiling his incredible destiny. Jew and homosexual, Salim narrowly escapes in 1939, in Paris, deportation thanks to the rector of the Great Paris Mosque who falsified his identity documents. Already recognized in Paris, it is after the war that Salim’s career takes off throughout North Africa, leading him to open in Casablanca what will become the biggest cabaret in the world: Le Coq d’Or. The young Canadian-Algerian director, Sara Nacer, will pose her camera in Paris, Casablanca and Montreal, in the footsteps of this cosmopolitan, polyglot, humanistic, offbeat and hedonistic artist, who fascinates the public and left his mark where he has passed. Through intimate testimonies of his family and remarkable encounters, the veil is dissipated on the mystery surrounding the character he was, and makes us discover a time not so distant where around a common passion, the Jewish and Arab communities lived in perfect harmony.

After 8 years in conversion therapy, Ben, 23 years old, starts having doubts. He starts the first research in Israel that looks into the stories of conversion therapy patients to find out if this therapy can actually make homosexuals into heterosexuals, or, as claimed by the psychological establishment, it is a deadly dangerous fraud.

THE WOMEN OF MY FAMILY

The film will picture three generations of women, from my mother to my daughter, including my five sisters, drawing a line from Moroccan Rif to Brussels, from forced marriages to divorces, small rebellions to love marriages. Mixing family archives to intimate discussions about traditions, the film issues our doubts and contradictions, our fears and desires about how to build your own identity as a woman with a bicultural inheritance in Europe.

The first workshop of the 2019/20 CLOSE-UP Co-Production training program concluded six days of intensive work in the Atlas Mountains of Morocco.

They worked intensely with their mentors John Appel, Hans Robert Eisenhauer, Nino Kirtadze and Bruni Burres on the development of their written proposals, visual materials and trailers. Six Nordic Producers from Sweden, Finland and Denmark joined the workshop and participated as observers in order to examine possible Co-Productions with the selected Filmmakers.

On the first day of the workshop, the participants watched two feature length documentaries by the acclaimed French filmmaker Nicolas Philibert – “Every  Little Thing” and ‘In the Land of  the Deaf” followed by a fascinating Masterclass Philibert gave to both filmmakers and producers in which he spoke about his storytelling, cinematic approach and relationship with his characters. 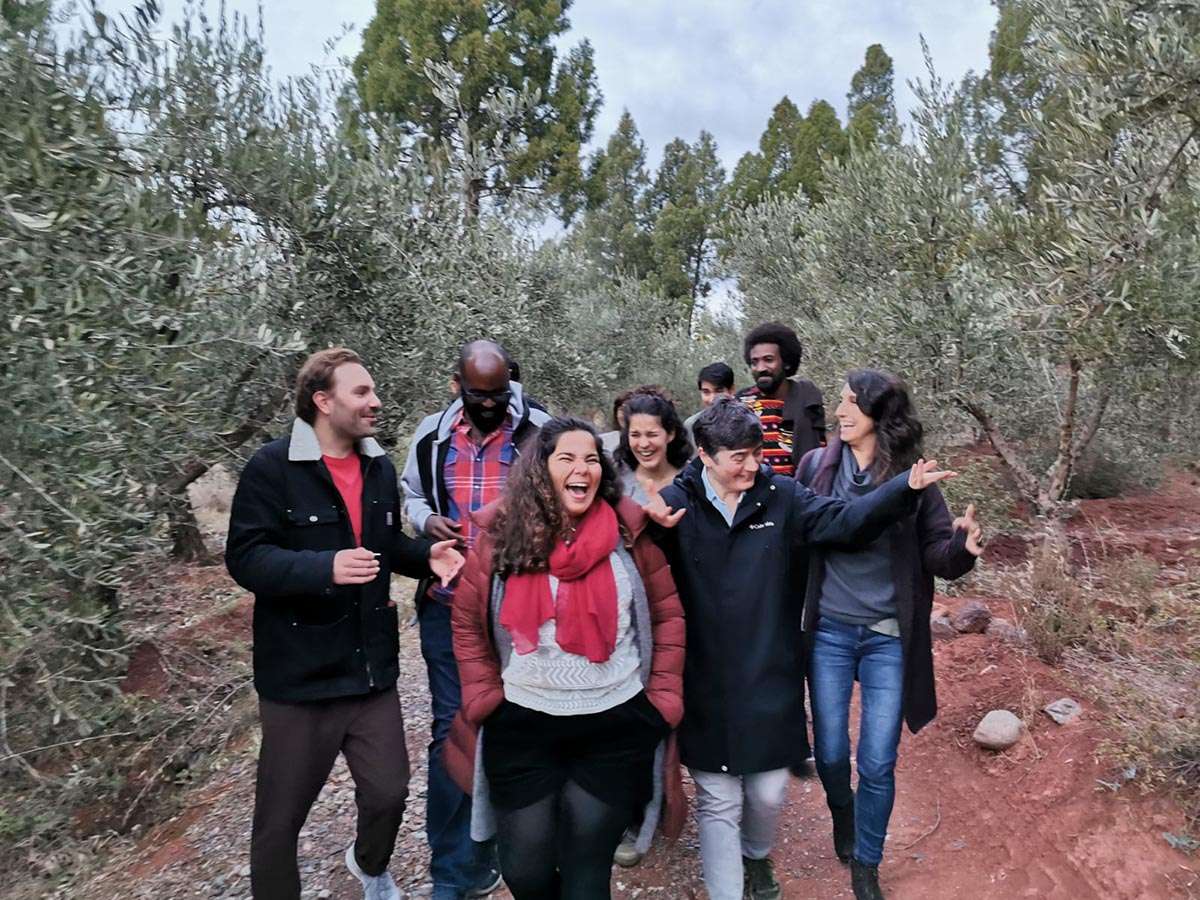 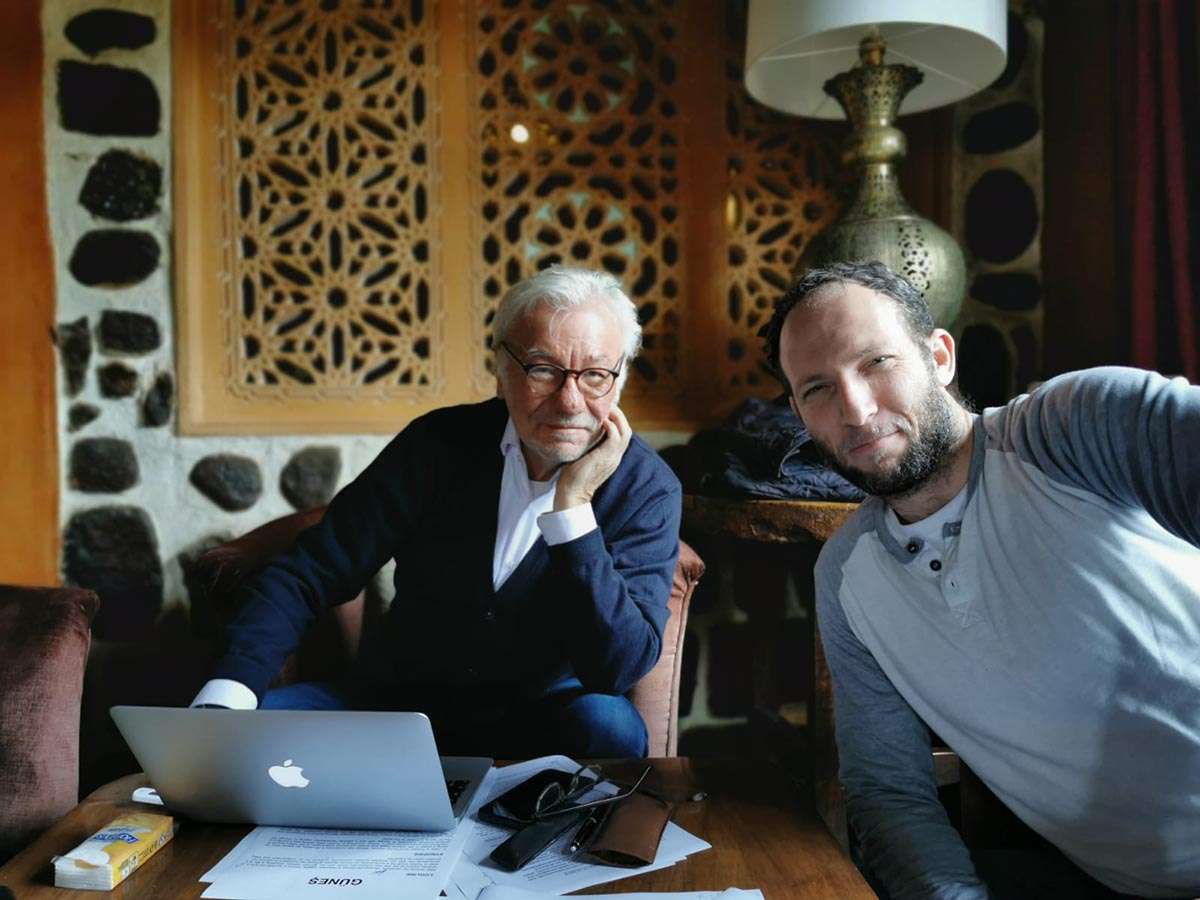 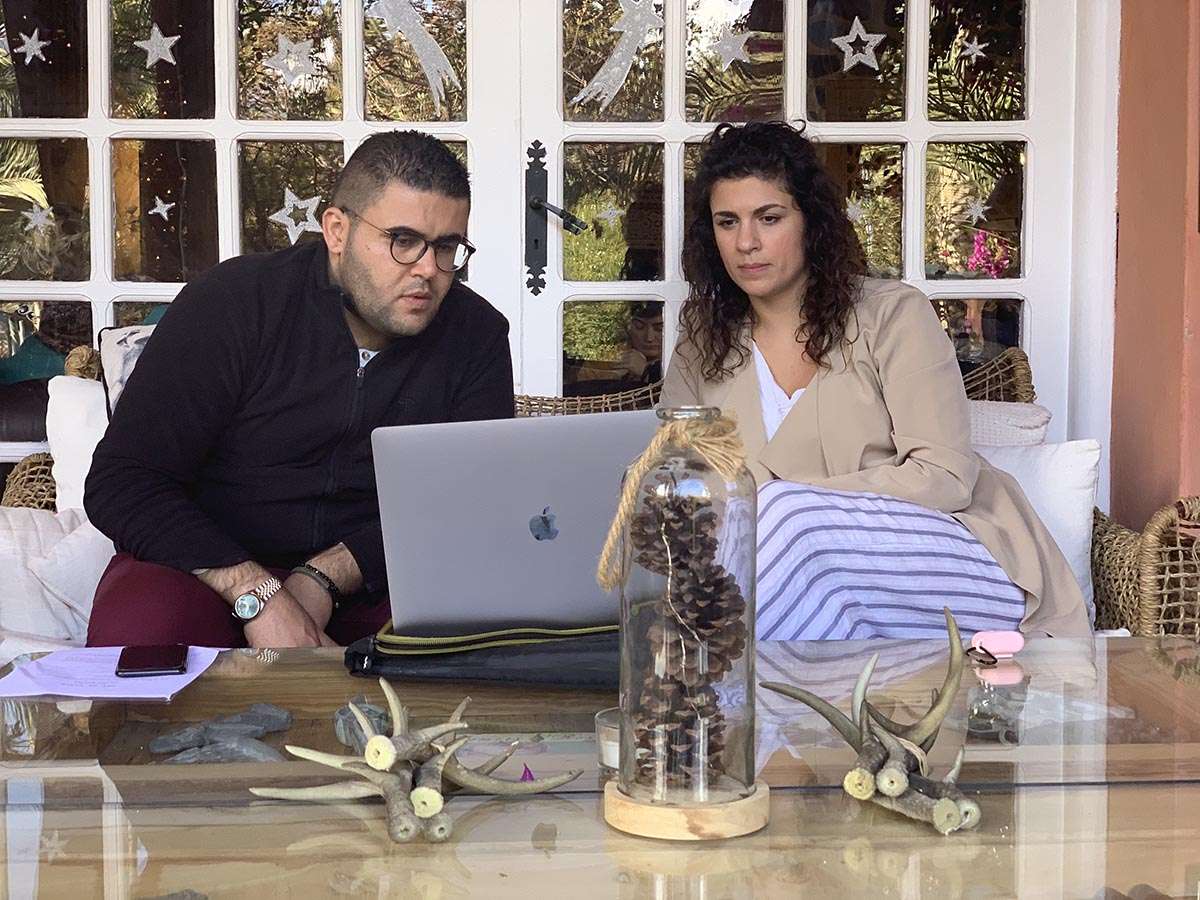 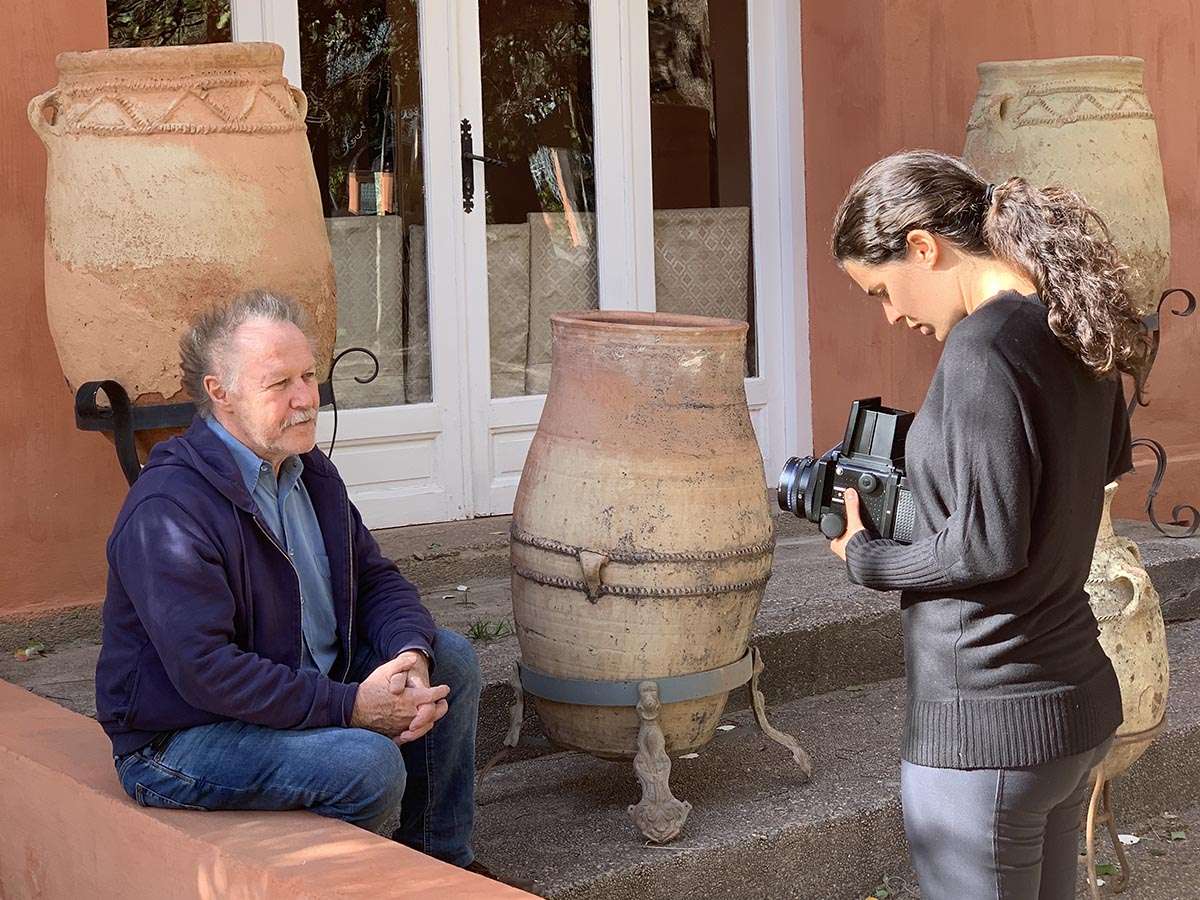 Two Lectures on storytelling were given by Close-Up Partner & mentor John Appel, in his first lecture John defined the projects’ genre and presented examples from successful films with similar themes and styles. He spoke about the challenges and fruitful solutions found by the filmmakers of those films while Emphasizing the use of different and variable storytelling technics in documentaries. In his second lecture, John used his vast experience as a Filmmaker and showed excerpts from his films while discussing the concept of storytelling. He gave examples of finding the dramatic focal point of a film and how to structure the narrative and the layout of the story.

Two Lectures were given by Close-Up mentor Hans Robert Eisenhauer, in the first one he unfolded his personal outlook as a former commissioning editor and independent producer in the present on Co-Productions and the challenges directors and producers are facing during the filmmaking. He used examples from his own professional experience working with first time Filmmakers. In his second lecture, Hans Robert discussed the ways to write a comprehensive and strong written proposal and gave examples of projects’ he worked on and screened their trailers.

Throughout the workshop, the participants had both group and one-to-one tutorial sessions with their mentors. The Nordic Co-Producers observed these meetings and got to know both the filmmakers and their projects in depth. In addition, they had one-to-one meetings with each filmmaker to discuss what and how they could be involved with their projects as Producers. 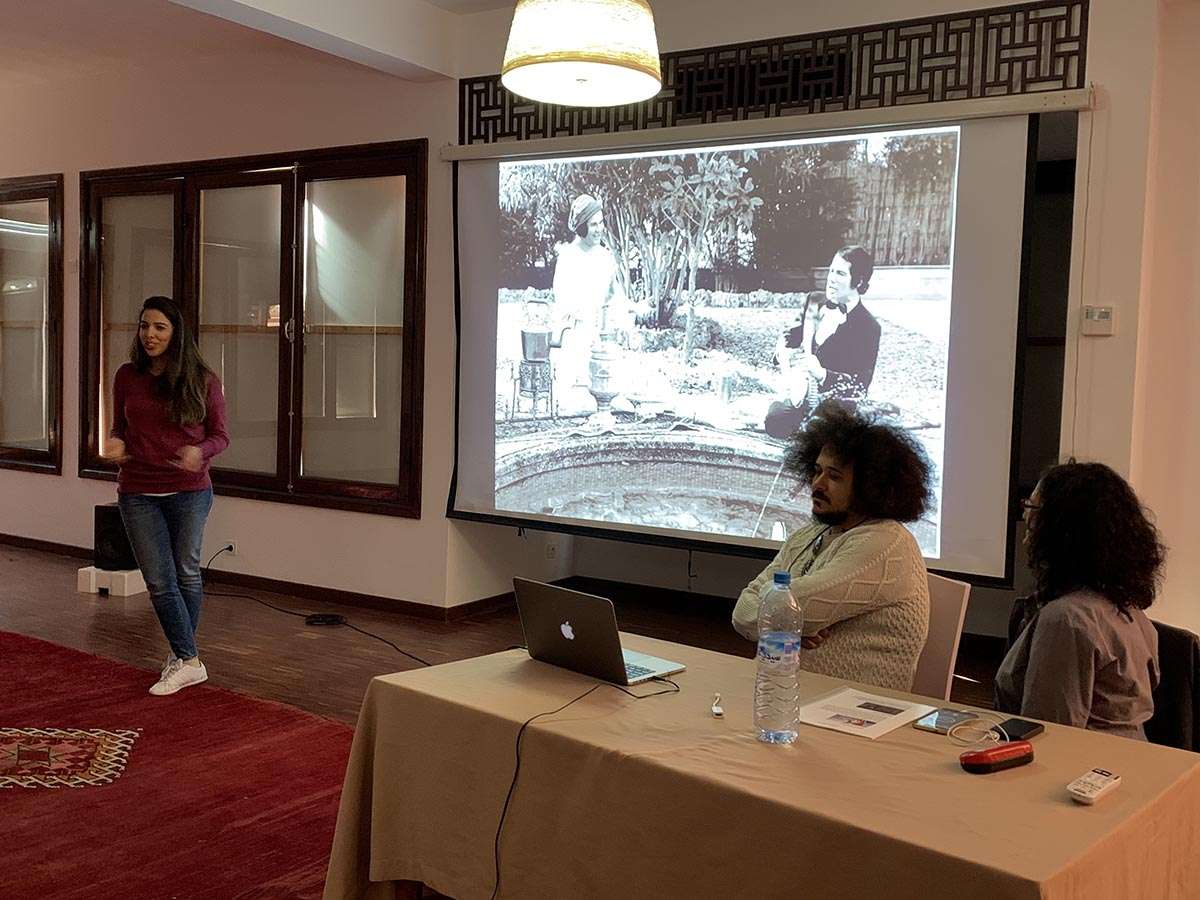 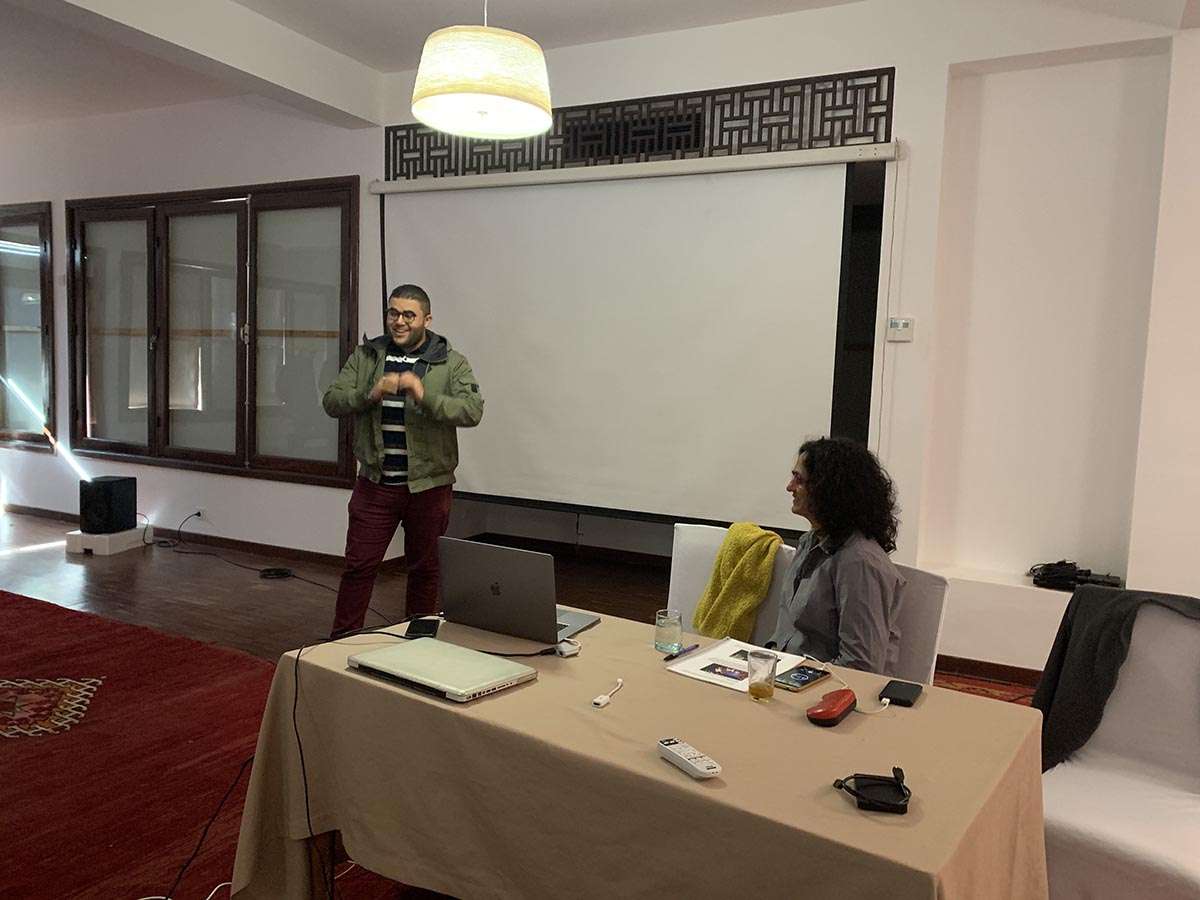 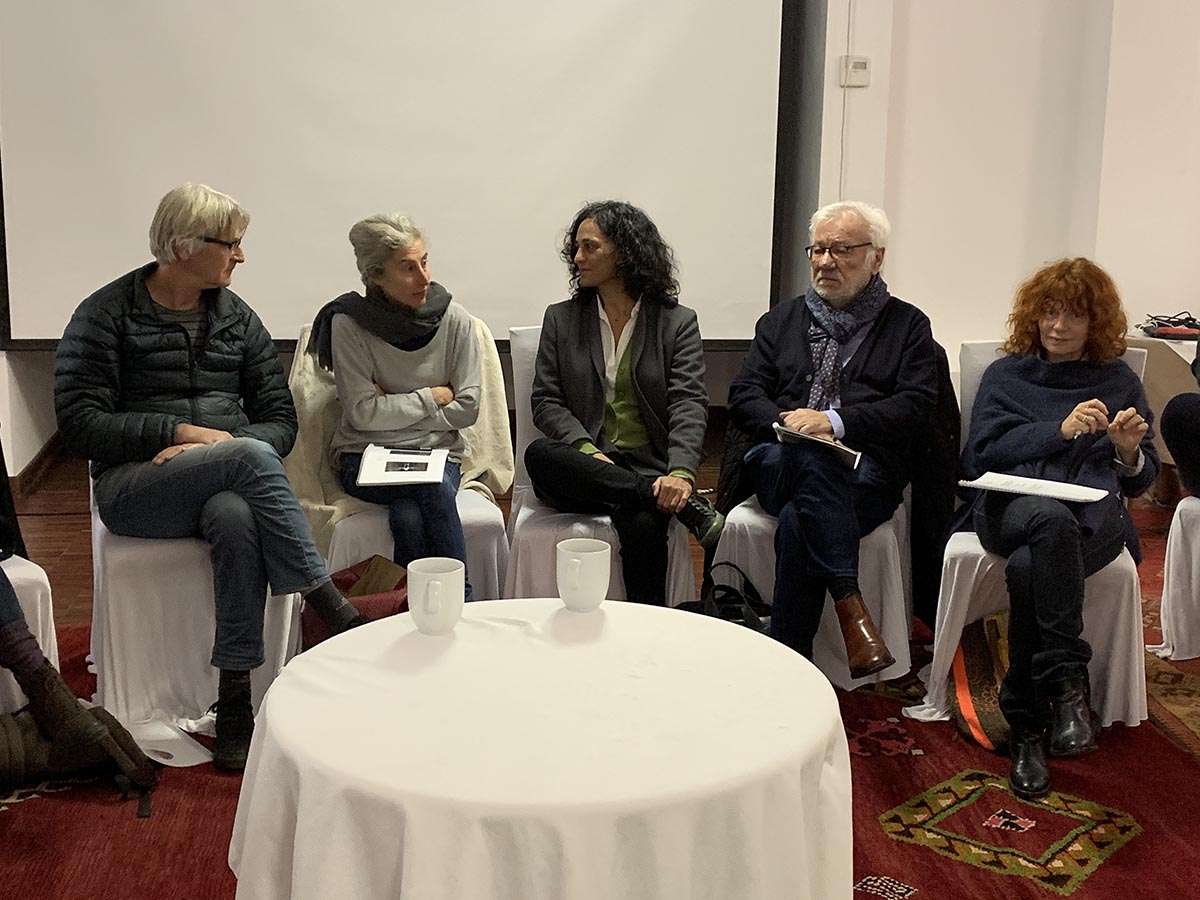 Hind & Vibeke shared the artistic and financial challenges they dealt with while working on the first feature length documentary directed by Hind Bensari. The film was developed at the Greenhouse program in 2014-2015 and won the Best Feature Documentary at 2018 Hot Docs International Documentary Film Festival.

On the final day of the workshop, there was a pitching simulation session moderated by Executive Director Sigal Yehuda, the filmmakers presented their projects to the Close-Up team & mentors and received feedback on their projects’ content and footage, as well as concrete thoughts on how to further develop and improve their projects.

At the end of the session, the Close-Up team and mentors gave each filmmaker individual assignments. These assignments touch upon research, writing, filming and editing footage, which the filmmakers will need to complete in preparations for the second workshop, scheduled for March 2020.

Decide which cookies you want to allow. You can change these settings at any time. However, this can result in some functions no longer being available. For information on deleting the cookies, please consult your browser’s help function. Learn more about the cookies we use.

With the slider, you can enable or disable different types of cookies: