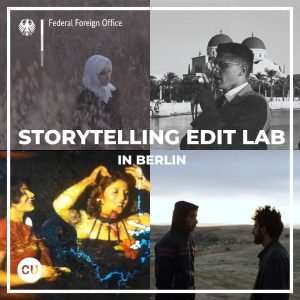 Close Up Storytelling Edit Lab will take place in Berlin from December 1st to 6th, 2021. This special lab, held for the very first time, made possible by the generous support of the German Federal Foreign Office.

Four documentary projects are selected to participate, each project has gone through the Close-Up program over the last two years. For one week in Berlin, ten talented emerging filmmakers from Iran, Lebanon, Palestine, Israel, and Libya — will have the opportunity to meet in person after nearly two years on Zoom to work with industry professionals and each other.

The Close Up filmmakers will spend valuable time with editors Thomas Krag and Audrey Maurion. Thomas Krag has been a film and television editor for over 25 years and is currently the Head of Editing at the Danish Film School. Audrey Maurion has been an award-winning freelance editor for feature and documentary films since 1995.

Representatives from Berlinale, Wim Wenders Foundation, Arte, and other European institutions will meet with the filmmakers for screenings and discussions, with the goal of creating possible collaborations with these extraordinary filmmakers.

In addition to the professional and creative objectives of the editing lab, we hope to create interest for European film funds, broadcasters, festivals, and institutions and other key industry people who may find these projects relevant for support. One of our goals is to promote diversity in the presence of creative documentaries in the European industry.

We deeply thank the German Federal Foreign Office for this valuable support that enables us to provide an extortionary opportunity for emerging filmmakers from the Middle East & North Africa.

When director Jihan Kikhia was six years old, her father disappeared. He flew to Cairo and never returned. As a result, her mother began the search for him. This documentary takes the audience on a raw and reflective journey as Jihan pieces together a father she barely knew, while unraveling his politically motivated disappearance.

For over fifty years, a Syrian movement has been secretly growing into the largest Muslim women’s organization in the world. Through a personal and generational lens, Q takes us deep into the mysterious, unspoken world of the Qubaysiat, the regime-loving Sufis turned cult.

NO OTHER LAND (PALESTINE/ISRAEL)

For ten years, Basel, a young Palestinian activist, has been filming homes in his community being destroyed by Israeli soldiers. In face of mass eviction of his community, he develops an unlikely relationship with an Israeli journalist who joins his struggle.

Letters from Ms. Iran tells the story of two Iranian women who meet virtually, through an email exchange. Through their letters they bring to life how they understand being Iranian and narrate an alternative history of Iran over the past fifty years. 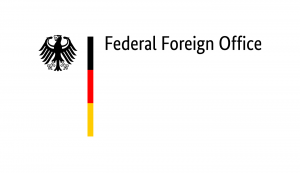